Dr. Lashmore is considered one of the world’s leading experts on the development of carbon and boron nitride nanotube fibers. In addition to his role as CEO of Boronite, he is Research Professor, Materials Science and Physics, at the University of New Hampshire. Prior to co-founding Boronite, Dr. Lashmore was also co-founder of Materials Innovation, focused on the development and production of coated metallic powders used for very high strength PM steels and soft magnetic alloys, and Nanocomp, focused on the synthesis of carbon nanotube tapes and fibers. Earlier in his career, Dr. Lashmore was a researcher at NIST, where he was instrumental in the development of artificial superlattices using electrochemical techniques. He conducted fundamental work in compositionally modulated alloys, which led to the formation of several successful commercial companies, including Modumetal. He also developed a coated powder technology now being used in the powder metallurgy industry for soft magnetic materials. Altogether Dr. Lashmore holds 42 issued patents and is the author of over 90 archival papers. Total citations of his research exceed 2400. He has received many awards for his innovations, including:

Dr. Lashmore is a UNH delegate to the New England Council on Advanced Manufacturing and has been on the advisory committee to the NH Governor for Education. 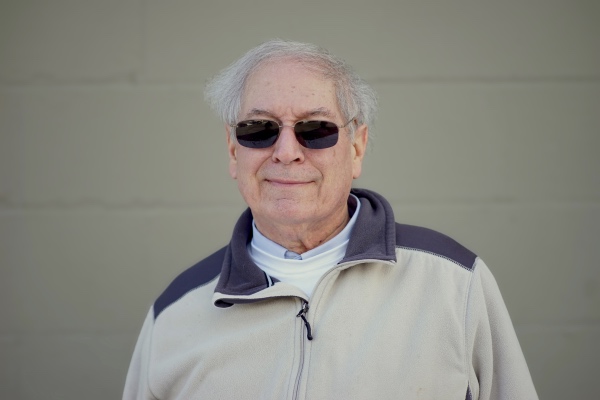 Dr. Bystricky is CTO of Boronite and is responsible for managing day-to-day operations. He is a leading materials expert with in-depth knowledge of nanotubes, nanotechnology, composites, metals, and smart materials. Prior to co-founding Boronite, Dr. Bystricky was founder and president of Mat-IQ, an Engineering R&D Services company. He was also affiliated professor of Materials Science at the University of New Hampshire, where he worked with Dr. Lashmore on the development of a state-of-the-art automated production system of nanotube fibers and on the characterization of nanotube structural, mechanical, and electrical properties. Earlier in his career, Dr. Bystricky was the Director of Advanced Materials at Kazak Composites and the Director of Product Development at CeraNova Corporation. He was also a research scientist at École des Mines and Électricité de France (EDF), where he developed a general quantitative model of stress corrosion cracking in nuclear power plant cooling systems, and at the Los Alamos Meson Physics Facility, where he designed a water purification system for a neutrino detector. Dr. Bystricky has several patents, most of them related to carbon, ceramic and metal composite advanced materials. He also has numerous publications related to the development of advanced materials and smart structures. 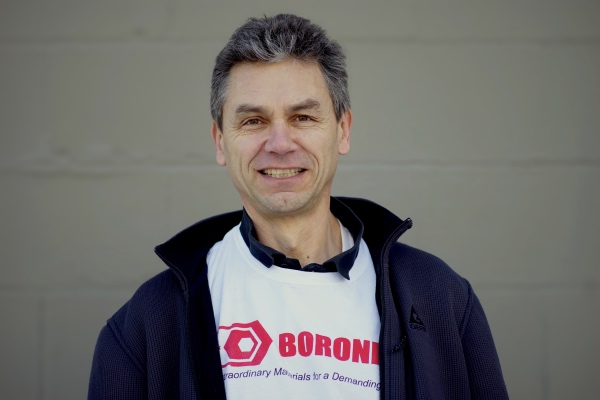 A co-founder of Boronite, Ivka is responsible for managing the budget and finances of the corporation. She has a long career in finance as an analyst and portfolio manager. Her expertise includes fundamental, quantitative and macroeconomic analysis, risk management, financial modeling, cash management, new product development, marketing, and sustainable investing. Prior to her career in Finance, Ivka was a Management Consultant for Arthur D. Little, Inc. in Cambridge MA and in Prague, where she worked on numerous privatization projects of state-owned enterprises. She currently serves on the Boards of the Boston Economic Club and United Planet. 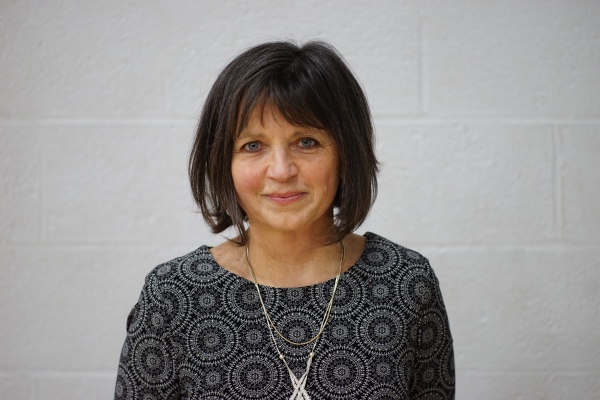 Dr. Perera is Chief Chemist at Boronite and is responsible for developing and managing the chemistry of our proprietary manufacturing process. Prior to joining Boronite, Dr. Perera was Senior Scientist at Evident Technologies, where she worked on the synthesis of nanomaterials systems for biological applications and designed thermoelectric nanomaterials composites and thin films. She also focused on nanomaterial synthesis during her postdoctoral fellowships at UC Davis and Florida State University. Dr. Perera has published numerous papers, has several patents, and is considered a leading expert in quantum dots. 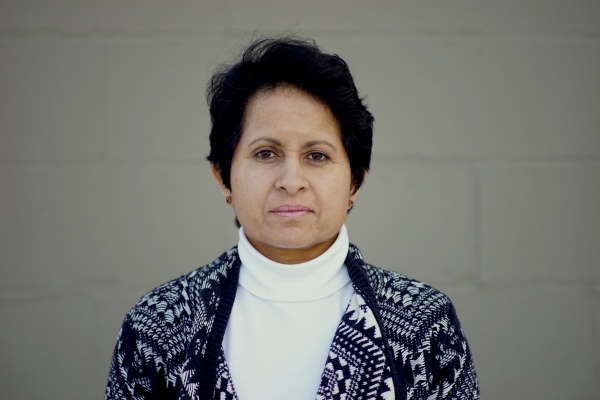 During her graduate studies at Stony Brook University, Dr. Tiano developed environmentally-friendly methodologies for synthesizing metal oxide nanomaterials and she is the author of several papers investigating their synthesis, characterization, and application. After completing her Ph.D. in Chemistry, Dr. Tiano joined the BNNT Research Team at NASA Langley Research Center via the National Institute of Aerospace for her postdoctoral work. In this role, she focused on systematically exploring the dispersion of BNNTs in a range of solvents and co-solvents using a thermodynamic approach, identifying a region of good solubility for BNNTs synthesized using the laser ablation technique. Her postdoctoral work resulted in two publications and a presentation at a regional ACS conference. Subsequently, Dr. Tiano was employed as a Nanosystems Scientist at US Nano, LLC, where she utilized her knowledge of dispersion to prepare nanomaterial-based inks and fabricated sensor devices via inkjet printing. Prior to joining Boronite, Dr. Tiano taught college-level Chemistry courses in the Tampa area and, after relocating to the Boston area, worked as Technical Writer at Northeastern University. 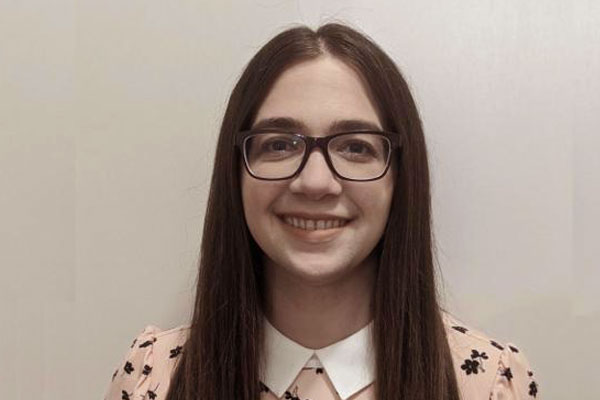 Jenna manages all of the accounting functions at Boronite, including financial statement preparation and analysis, accounts payable and receivable, payroll, legal and regulatory requirements, and benefits administration and takes care of all of the day-to-day aspects of keeping our small company running efficiently. 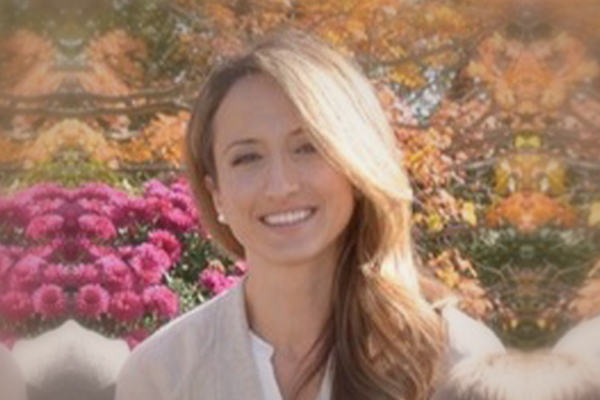 Imre is responsible for developing and building out Boronite’s fiber manufacturing technology. He has worked as an engineer in the field of advanced materials for many years and specializes in the design and development of advanced materials manufacturing processes. Prior to joining Boronite, he was project engineer at KaZaK Composites, where he was responsible for the design and fabrication of innovative composite products and processes, including a hydraulic rescue spreader, similar to the Jaws of Life, but easier to deploy in difficult environments. Prior to that, Imre was senior engineer at Continuum Photonics where he developed a manufacturing process to scale up an actuator/sensor technology. Earlier in his career, Imre was a foreman and mold technician at Kelly Company and a senior component engineer at Digital Equipment Corporation. 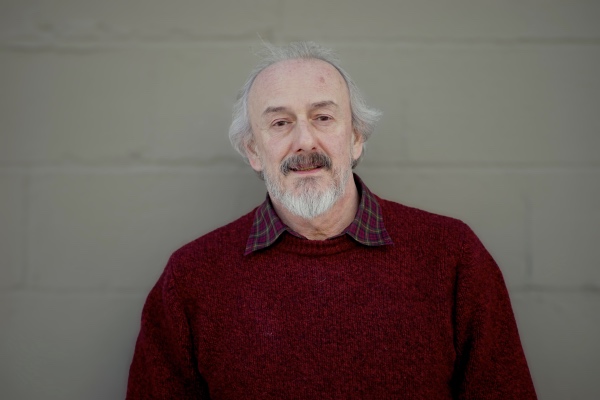 Andrew is a materials engineer and scientist here at Boronite.  His research interest at Boston University’s Atomic Membrane Laboratory was in the synthesis and characterization of graphene and hexagonal-boron nitride and consequently Andrew feels right at home with Boronite’s nanotube products. He is responsible for helping to outline the elusive thermodynamic windows that must be maintained to ensure successful process development of carbon and boron nitride nanotubes.  His computational background in materials science experience also means from time to time he will be reviewing and running macroscale and atomistic simulations. In his free time, he can most likely be found outside hiking or playing soccer. 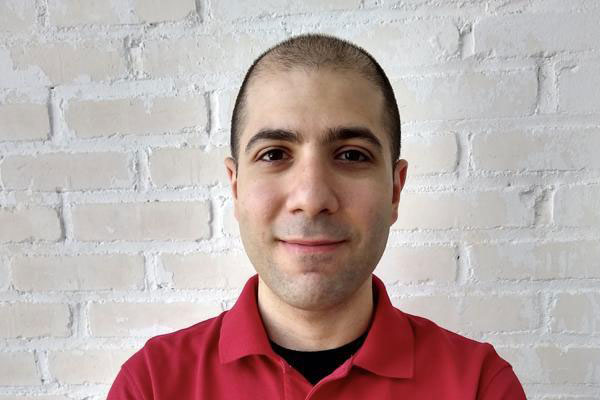 Kevin is a chemist at Boronite where he works on the chemistry side of Boronite’s processes, as well as assisting the rest of the Boronite team in nanotube synthesis and characterization. Before joining Boronite, Kevin was a process chemist in the pharmaceutical industry. Kevin also has an MS in Chemistry from SUNY Oswego and investigated luminescent coinage metal complexes for metallophilic interactions under Dr. Thomas Brown. In his free time, Kevin hikes, plays rugby and tries his best to survive life as a NY Jets fan living in Massachusetts. 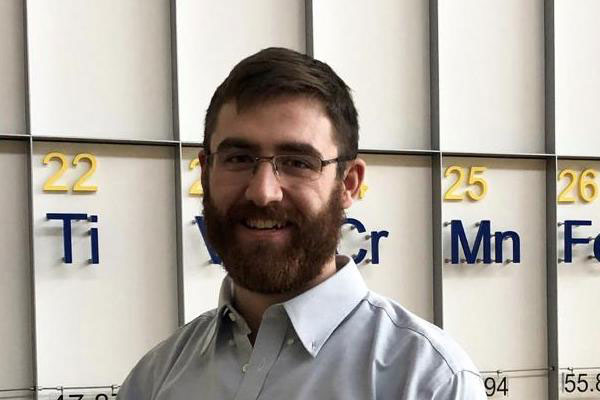 Bob does the mechanical engineering in support of Boronite processes. He analyzes stresses, stiffness, heat transfer, and gas flows. He designs and diagnoses processing equipment and fixtures. Bob returned to mechanical engineering after 30 years as a software developer. His dissertation work enabled sustained CAD/CAM/CAE integration via STEP files. In his early career Bob worked as a machinist, foreman, and manufacturing engineer. Bob has worked in process equipment and precision machining at Union Carbide, then the computer manufacturing at Digital Equipment Corp. 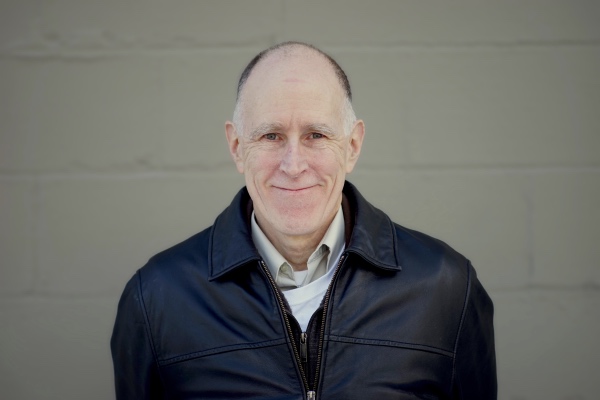 Matt is responsible for the mechanical design and assembly of Boronite’s proprietary CNT and BNNT fiber and tape manufacturing processes. He also supports the testing and characterization of Boronite’s material development by designing and building necessary test apparatus. Matt came to Boronite as a Co-op student interested in the field of materials science and became a full-time employee after graduation. During his time at Wentworth, Matt focused on the design and analysis of mechanical systems using the Finite Element Method and performed various studies on the strength characteristics of 3D-printed plastics. Outside of work, Matt is an avid outdoorsman and enjoys hiking and exploring the nearby Appalachian Mountains. 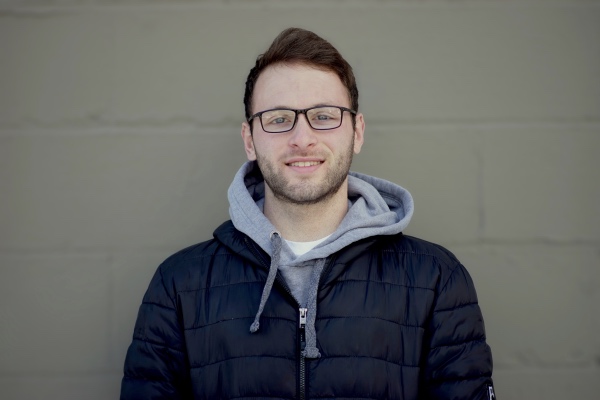 Mike is responsible for the maintenance of several high temperature boron-nitride CVD synthesis furnaces and their supporting apparatus. He also supports modifications to this equipment, new experimental designs for textile handling and gas delivery and controls. Mike came to us from Nanocomp where he conducted similar jobs focused on carbon nanotube synthesis. 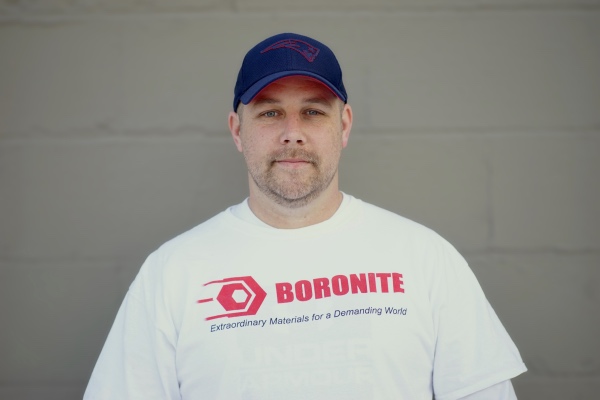 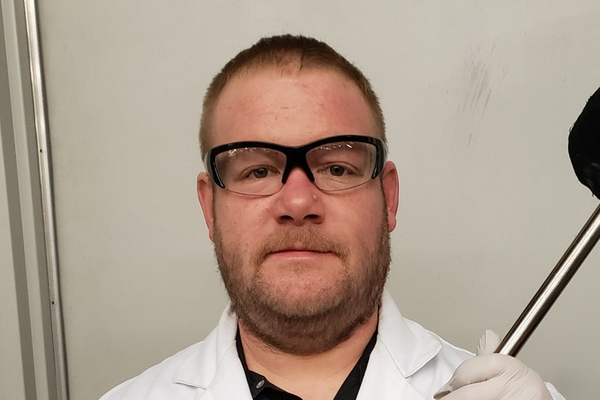